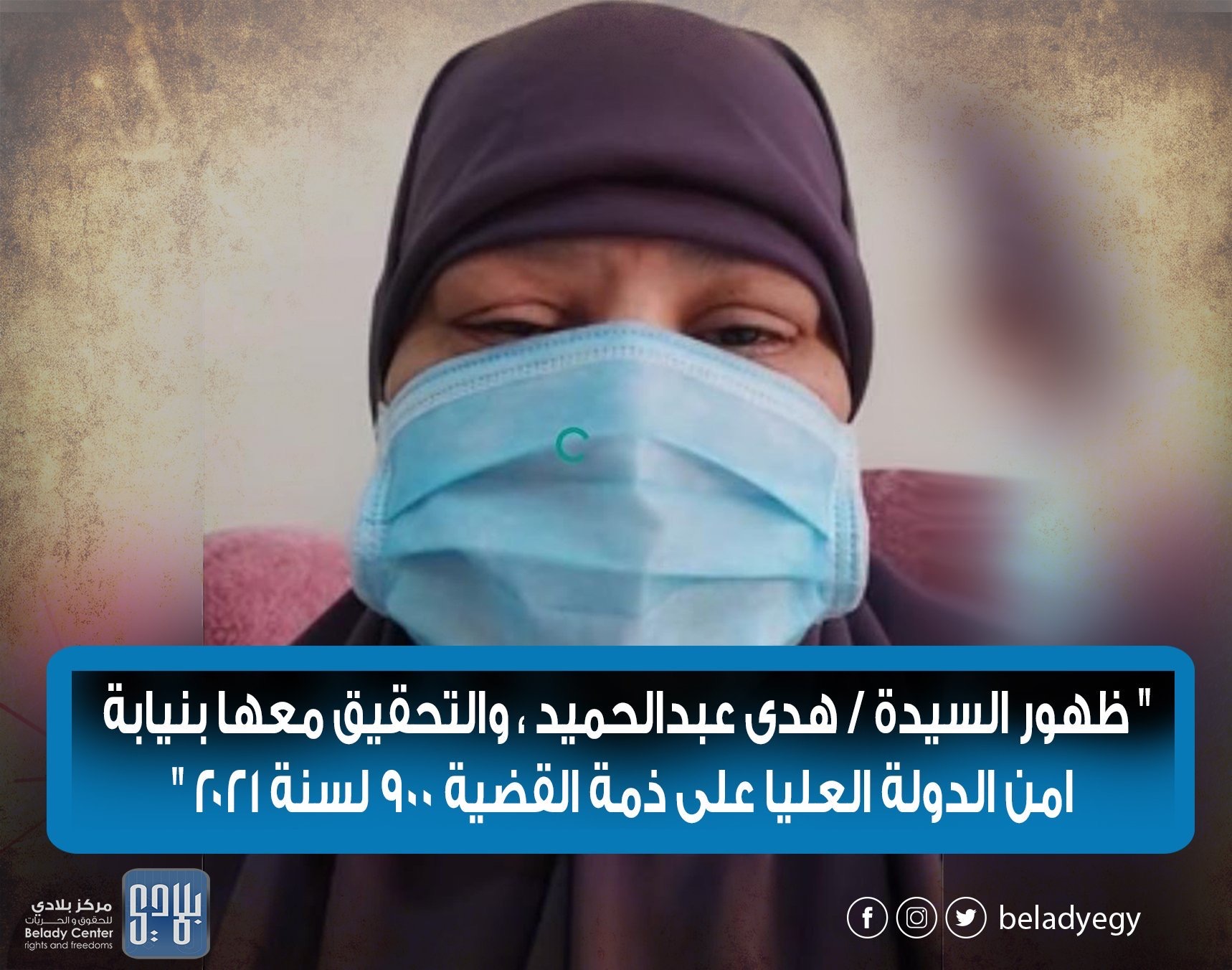 Ms. Huda Abdul Hamid Muhammad Ahmed (Umm Abdul Rahman Al-Shuwaikh) was investigated in connection with Case 900 of 2021 Supreme State Security, and the Public Prosecution charged her with joining a terrorist group and spreading false news, after she was subjected to violations, including insulting and beating her after her arrest and Her husband and daughter, after she posted a video on the social networking site Facebook, appealing to officials to investigate the incident of sexual assault and physical torture of her son, Abdul Rahman Al-Shuwaikh, in a high-security prison in Minya.
They had been arrested on April 27, 2021, by the security forces, from their place of residence in Helwan. She, her husband and daughter, were blindfolded and taken to an unknown place. On the same day, she was presented to the Supreme State Security Prosecution, in connection with Case 900 of 2021, Supreme State Security.
The Public Prosecution imprisoned her for 15 days pending investigation while the fate of her husband and daughter is still unknown.